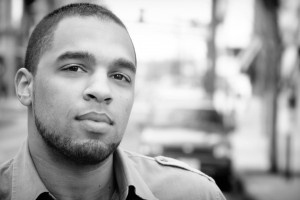 Jordan Thierry is a Portland, Oregon native and a graduate of the University of Oregon’s School of Journalism and Communication. While at the University of Oregon, he co-directed the Student Multicultural Center, served as President of the National Association of Black Journalists Chapter, and co-founded BRIDGES to Higher Education, a high school-to-college tracking program for high school students of color in Oregon. He also directed and produced the short documentary Footprints in the Struggle: The Beatrice Cannady Story, as his senior project. This short documentary aired on Oregon Public Broadcasting, and was nominated for a Regional Emmy in the Best Student Short Documentary category by the Northwest Chapter of National Association of Television Arts and Sciences in 2006.

Immediately following his graduation from the U of O, Jordan went on to pursue a Master’s degree in Mass Communications and Media Studies Howard University, where he finished in 2009. During graduate school, Jordan worked as a Program Coordinator at the National Coalition on Black Civic Participation, specifically coordinating the Black Youth Vote! program. After a year of Americorps service as an educator in Newark, NJ, Jordan joined the Funders’ Committee for Civic Participation, where he helped improve their conference and webinar programming over the course of three years. In 2011 he began screening his first feature film, THE BLACK FATHERHOOD PROJECT, as part of a pilot community engagement program. The film officially premiered in February of 2013, when Jordan founded  Dream Chase Media to continue making films exploring art, culture, and activism in communities of color.